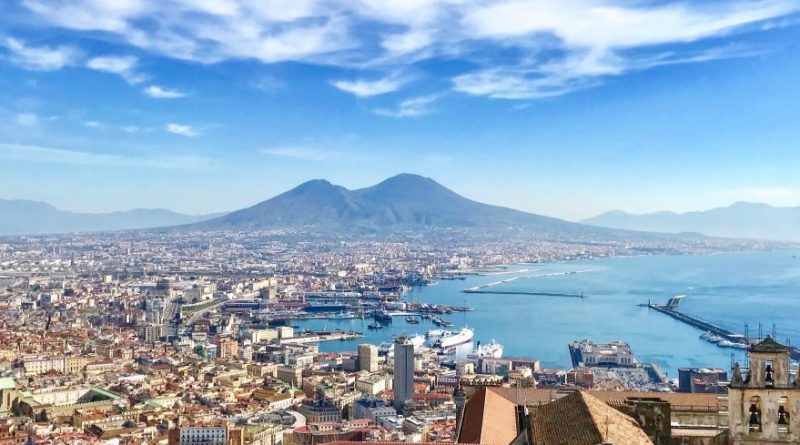 THE GENERAL ASSEMBLY OF AMASC IN NAPLES

Welcome to the General Assembly of AMASC

On Saturday morning, October 29, at the Sacred Heart School in Naples, the session of the Ordinary General Assembly intended to close the mandate (2018-2022) under the direction of Paola del Prete will open in the presence of about thirty participants: presidents or delegates of AMASC member associations and candidates for the future Board of Directors who have come to present themselves for their vote.

The fifteen or so voters, representing 21 national associations, will be called upon to give their opinion on the moral report as well as the financial report of the past mandate, before proceeding to the election of the future board of directors of AMASC (2022-2026), and its president and vice-president.

According to the program and agenda set for this meeting, the first day will be mainly devoted to the review of the activities of the members of the outgoing Board of Directors. At the end of the afternoon, a projection on the small school of Bougoudang (Chad), whose renovation and enlargement project has been financially supported by AMASC for 4 years, will be proposed before the mass and the parade of the flags of the represented associations.

The next day, Sunday, October 30, will be devoted to the presentation of the new candidates and their election, which will be followed by a brief ceremony of transfer of power.

Each evening, you will be able to discover on this site a small retrospective with videos of the main highlights of the day.

Organization of our general assembly

In a few weeks’ time, on 29 and 30 October, AMASC will hold its major Ordinary General Assembly in Naples, which, every four years, concludes the term of the current Board of Directors and elects the new Board of Directors for the mandate 2022-2026.

As you know, it was with great regret that the Board of Directors had to give up the project of holding a Congress in Rome because of the COVID pandemic, which made the organisation of a large event uncertain.

Unlike the big international congresses that welcome alumni from all over the world, only the presidents of the national associations, AMASC members, or their delegates as well as the candidates for the next AMASC Board of Directors will participate in this General Assembly.

The first day will be devoted to the assessment of the past mandate and the second day to the presentation of the candidates and their election.

The Assembly will end on Sunday evening with a gala dinner at the National Circle of Union in Naples and the following day the participants will be able to do some sightseeing by visiting some of the city’s emblematic monuments, the Royal Palace or its archaeological museum with its magnificent collections of frescoes rescued from the ruins of Pompeii.

In order to allow all those who want to follow the event, in real time or in deferred time, a retransmission of its main sequences will be proposed on our website. To access it, all they have to do is log on to the box dedicated to the General Assembly on the home page of the site. It will be made active on the eve of the meeting, with a detailed programme and the broadcasting times of the main events.

In addition, to provide news from your national associations whose presidents will not all be able to travel to Naples for two days, due to their distance, a final Newsletter of the mandate should be put on line on the site in the middle of next week.